Men with Fibromyalgia –Not Just
a Woman's Issue 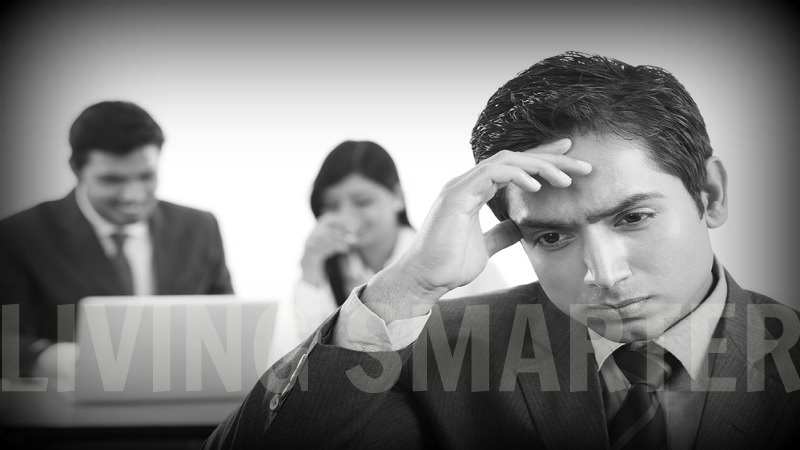 Yes, men also get fibromyalgia, so just how do they cope?

I feel a great sense of compassion when I receive messages from men with fibromyalgia.

Although the diagnosis is not easy for any of us, a man can feel an additional blow to his purpose, and the need to always be the provider for his family when living with a condition that can really test a person's strength and resilience.

So to answer that question above, yes, men get fibromyalgia too.

They live with the same primary symptoms in fibromyalgia . From nervous system imbalance to muscle and joint pain, tender areas, trigger points over the body, and sensory or environmental issues that can affect the ability to function properly.

When doing our live videos on the main facebook page, I will occasionally get comments from a man or a woman asking “What about men with fibromyalgia?” OR “Do men get fibromyalgia?” And therefore I want to be sure that any man with fibromyalgia knows that he is not alone, and is always welcome to interact here.

This is not a gender specific condition. In fact, it can affect men, women, and children. Many of us, myself included, have had symptoms since a young age, and often times, went years without a proper diagnosis.

We know that this life is not without suffering of some kind. We all have something, right?

But sometimes men are given a hard time from their spouse, family members, or friends about how they handle a simple cold or flu. They are simply not used to  being "down and out"

They feel a great responsibility.

So now, with a diagnosis like fibromyalgia, it can be tough on a man.

They might have a more difficult time accepting the diagnosis, and learning the best way to manage symptoms. A man with fibromyalgia and/or its primary co-conditions deserves the best support and understanding as well.

Men with Fibromyalgia Versus Women

We know that women are up to nine times more likely to receive a diagnosis of fibromyalgia than men. It may be more than that.

This has led many people to think of it as a women’s disease, but there are far more men with fibromyalgia than most realize.

The problem is that most of the studies on fibromyalgia focus on women, and those that have compared prevalence and symptoms between genders have delivered conflicting results.

Doctors may also treat men and women differently when they complain about symptoms related to fibromyalgia.

It’s also possible that many men don’t report symptoms of fatigue and minor pain to their doctors, so there are possibly many undiagnosed male fibromyalgia sufferers. It’s important for all men to understand the symptoms of fibromyalgia and the importance of seeking treatment.

When analyzing men with fibromyalgia, researchers often find that men experience less fatigue and have fewer tender points for pain.

Since one of the tests used to diagnose fibromyalgia is an analysis of how many pain tender points are present on the body. Some doctors may rule men out because they report pain coming from fewer areas of the body. This is another obstacle to men seeking a diagnosis.

There is no scientific evidence that estrogen is the reason more women are diagnosed with fibromyalgia.

In the meantime, men are forced to deal with fibromyalgia in much the same way as women.

They either fight for a diagnosis and work with their doctor to treat the symptoms, or they go without the diagnosis and find alternative methods for treating the pain, fatigue and other fibromyalgia symptoms.

There are personal stories on the internet that show the frustration that many men face when they start to experience unexplained fatigue and pain.

Some doctors firmly believe that men cannot suffer from fibromyalgia. Others believe that it’s “all in the head” and won’t treat it like a valid medical diagnosis. Still others blow off complaints of pain and fatigue if they can’t find an obvious cause.

Like many women with fibromyalgia, it’s common for men to make repeat visits to their doctor or see multiple doctors before they are properly tested for fibromyalgia.

Some men are prescribed pain medications that put them at risk of addiction because doctors don’t know how else to help them.

Many men are misdiagnosed and undergo unnecessary medical treatments. Since most men are conditioned from a young age to act tough and “suck it up,” many may give up on a diagnosis when their first complaints to doctors aren’t taken seriously.

One study that asked men with fibromyalgia to answer questions found that depression was the number one symptom reported by most men.

They also expressed a belief that there is a stigma against men with the disease because so many people in the medical community and society at large believe that this isn’t a real condition that impacts men.

Many men are accused of faking their symptoms while others are told it’s in their head, which is a problem that many women face as well.

Another issue that can occur is men who suspect they have fibromyalgia but they do not. Some will self diagnose and I have personally seen that happen as well.

I've had men ask me about fibromyalgia and tell me they had fibro in specific parts of their body.

I would explain that is not really how fibromyalgia works, and encourage them to see a doctor about the constant shoulder pain or back pain they may be experiencing.

If you follow here, you know that one of our very first goals was creating a more accurate depiction and portrayal of fibromyalgia, because we've seen too much inaccuracy and misdiagnosis over the years.

We believe an accurate diagnosis is important.

Are Fibromyalgia Symptoms
the same in Men?

Men face many of the same symptoms as women, including chronic pain in the muscles and joints, brain fog, inability to concentrate, insomnia, and more.

Chronic fatigue and sleep problems are also common, and many can experience restless leg syndrome that makes sleeping even more difficult.

There are also many other symptoms that are experienced by some, but not others.

This is a disease that impacts each person in a unique way, which further complicates the process of receiving a diagnosis when it’s warranted.

Men are no different from women in that the severe pain and chronic fatigue can make it difficult to keep up with active lifestyles.

If you are a man suffering with pain and symptoms, follow on my fitness page where I often have men contact me regarding the best approach to effective exercise with fibromyalgia and chronic fatigue.

Men who are unable to work or who struggle to care for their spouse/children and take care of other everyday tasks could be at greater risk for addiction, self medicating in some way, or lowered self confidence.

This is likely why so many men with fibromyalgia list depression as their number one symptom.