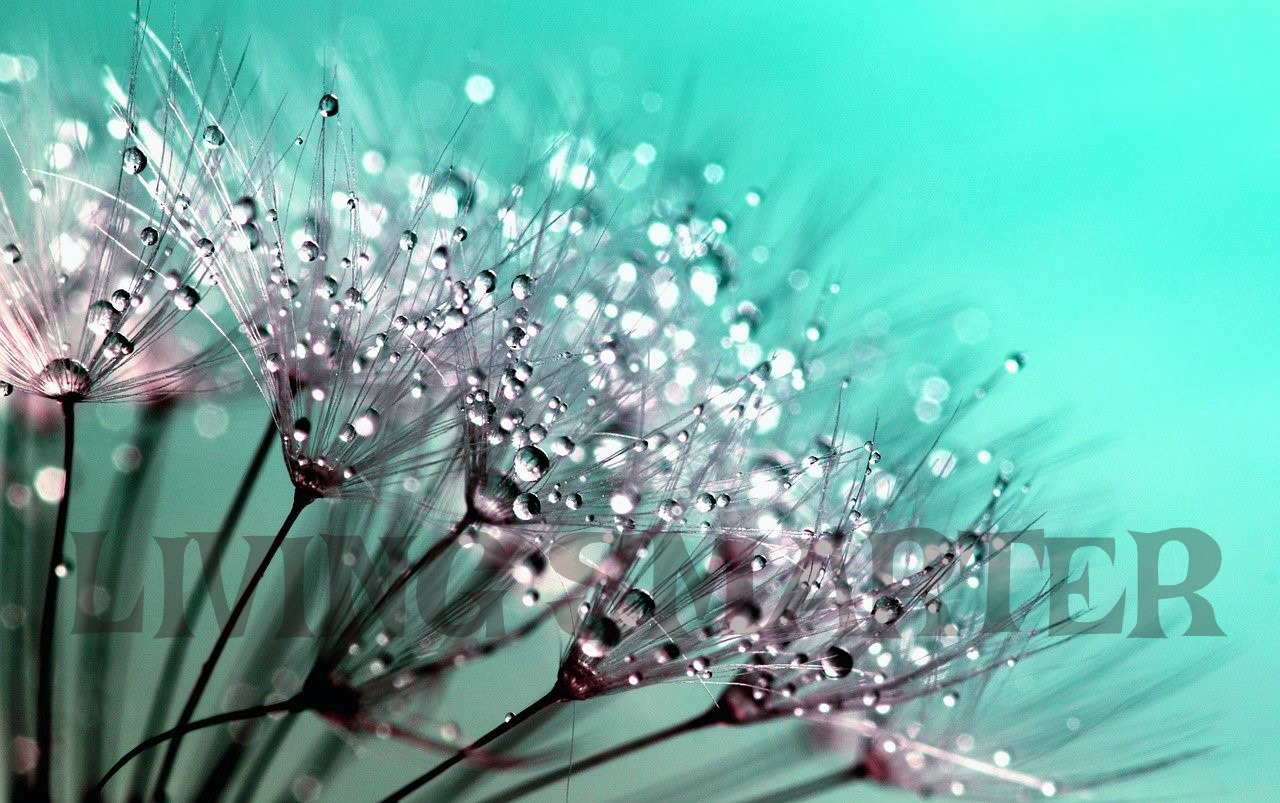 More and more, ever so slowly, we are beginning to see the concepts of mind body medicine make their way into the conservative "Conventional Medicine" community.

Resistance to these concepts has been very strong despite glaring examples of success by highly placed members of that "community" such as Dr. John Sarno who authored "The Mindbody Prescription" decades ago.

Even as the scientific basis was established in the '70s, '80s, and '90s, our conventional medical practitioners stuck to their "traditional" guns.

Now, however, with newer imaging technology, that allows viewing the molecular level of our cells, this mind body science is moving to the forefront of research into cancer, alzheimer, and yes, even fibromyalgia.

Just recently, I've read several articles in USA Today in which the three and four letter symbols for the cell "receptors" and the "chemical messengers"  (I'm about to explain these) were used.

Moreover, a friend of mine who is fighting cancer, sees these symbols "in spades" when he gets a biopsy report recommending his next choices of chemo.

So What!  How Does That Help Me?

You're about to learn that our body's life processes are primarily controlled (80%) by an intelligent chemical system throughout our bodies, not the brain and central nervous system you've been taught.

The "receptors" and "chemical messengers" are the heart of this system.

And, because many of these chemical messengers are generated in the seat of our emotions (the limbic area of our brain), every type of emotion and trauma gets stored in our bodies memory.

And, surprise, surprise, that memory can be any of the cells in our body, not just our brain!

Read more about how our ancestors pass their traumas on to future generations here: Mindbody-Epigenetic-Inheritance.

In other words many past emotions and traumas are stored in our muscles, connecting tissue, skin, bones, and organs.  Most importantly, however, there are mind body mechanisms developed in the Alternative Medicine community that allow us to intentionally intervene or participate in this "conversation" within our mind body.

Some of these methods are meditation, exercise, self-talk, deep breathing, journaling, behavior modification, visualization, and body clock considerations.  I include these as part of my fibro recovery protocol.  You can read more by clicking The Mind Body Connection.

The Components of Mind Body Science

To summarize the discoveries underlying the new model of the mind body, including their pertinence to our chronic fibromyalgia pain, and to try to make sure you “get it”, I must adopt a little of the “jargon” of those lab scientist for the components of our mind body. 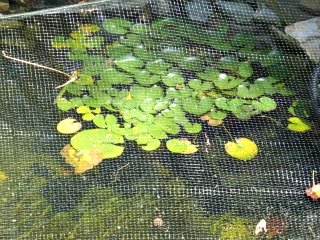 The first component of mind body science is a molecule found on the surface of all our cells in our brains and our bodies. They are so small that millions cover a single nerve cell. This first component is called a receptor, and it is attached to a cell’s outer membrane.

It lies exposed to the microscopic “rivers” of fluid that surround all our cells. Receptors are analogous to lily pads lying on the surface of a pond with roots that extend thru the surface (the cell’s membrane) to its very core.

There are over one-hundred types of unique receptors that have been identified and more to come....probably several hundred. The receptors have an important feature…..a lock that with a specific key will give access to the cell’s core.  So, who or what has the key?

The receptors lying on the cell’s surface immersed in the surrounding fluids are always waiting for our second component to float by….. ligands.

As there are hundreds of types of receptors, there are matching ligands for each with just the right chemical key to fit their matching receptor, a process called “binding”.

For a familiar example, in the case of the opiate receptor, the ligand with the key that opens the receptor’s gate to the interior of the cell is a neurochemical named “endorphin”……the body’s own pain killer.  Wow! Wouldn’t it be great if we fibro sufferers could find a way to generate endorphins to ease our pain?  It turns out we can, but more on that later.

Ligands are primarily neuropeptides (chains of amino acids) generated in the brain and other places throughout our bodies.

They move long distances throughout the mind body carrying encoded messages (information) and causing complex and fundamental changes in the cells whose receptors they bind onto, thereby regulating essentially all life processes.

The modern view is that the ligands are “chemical messengers” and together with their receptors are called “information molecules” that communicate between systems (bi-directional) such as the neurological, gastrointestinal, endocrine and immune systems.

Prior to all the chemical messenger discoveries, it was commonly believed that our brain and the central nervous system controlled everything about our bodies thru electrical impulses.

It is now known that accounts for only 20% of the total; the receptor/ “chemical messengers” account for the other 80%.  No cell in our body is untouched by these chemical messages.

Okay, be patient, we’re getting closer to drawing some conclusions. 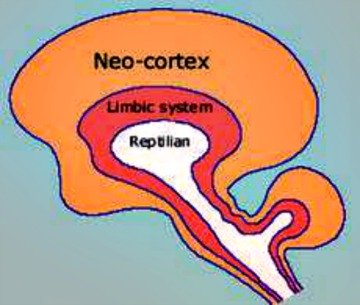 The brain at its simplest is composed of three parts:

Now, if a pain is caused by burning your finger on a hot stove, the workings of this brain system are pretty good; but, if you suffer from chronic pain, not so good. Here's why:

The pain reflex of the brain stem is not something you want to be continually triggering from the chronic pain you're feeling.

One of the emotional additions by the limbic area has been shown to be hyper vigilance.  Being in a constant high state of alert with chronic pain is also not a good situation and will likely lead to additional emotional issues.

The cognitive input to avoid further, future pain often causes us to avoid the activity that our fibro bodies need, hence leading to de-conditioning.

Most of what I just described takes place just below the level of conscious thought.

Another important finding about this mind body system: It has been found that when the limbic portion of the brain (the seat of our emotions) is stimulated by electrical current, we can experience (re-live) old incidences of pain or other emotional experiences as though it was happening again.

Also, often exhibited are rage, anger, grief, joy, etc.  This of course means that these experiences are part of our subconscious mind body fabric.

The “why” and "how" of these findings was finally established starting in the mid-80s.  The mapping of the location and density of the chemical messenger receptors throughout the nervous system led to the theory of these chemical messengers being the "molecules of emotion" since almost all are found in the limbic area of the brain - the seat of our emotions - in dense numbers.

Also, this mapping was done along nerve pathways that extend from the brain thru the base of the skull and along the spine extending to all our organs, extremities, and skin.

It was found there are places along these paths where many nerves come close together and in close proximity to bundles of cells containing dense numbers of all the various types of chemical messenger receptors.  Scientists have labeled these points “nodes” or “hot spots”.

I want to use the first “nodes” outside our brain that lie along either side of our spine (particularly in the upper back) to explain how past experiences are stored in our bodies, and how they along with current sensory input and emotions affect the quantity and quality of the receptors at these “nodal points”.  This in turn affects the “filtering” of how we interpret current sensory input to our brain.

The basis for this involvement of both current and past events was shown when it was proven that biochemical change at the receptor level is the molecular basis for memory.  When a receptor is flooded with its associated chemical messenger, it alters its attached cell membrane in such a way that either stops or allows subsequent electrical nerve impulses.

In other words “off” or “on” just like the role of “1s and 0s” in our modern digital devices. This change in the cell acts to choose which nerve circuits are used…..hence the "filtering".  This action is the same in the brain and for other “nodes” which extend throughout our bodies.

This molecular level receptor process (the filtering) therefore determines what becomes conscious thought and what stays at the unconscious level as an encoded memory stored in our bodies.  And, since both the chemical messengers and their receptors are directly linked and controlled by our emotions, powerful emotional experiences are stored throughout our body.  In fact, our bodies are the unconscious mind.

Intentional Intervention Can Reverse
The Effects of Negative "Memories"

Now that we understand the operation of our mind body, we need to explore ways that our conscious mind can join in the chemical messenger "conversation" with our unconscious mindbody.  There are intervention methods (I mentioned them previously) that can give us access to that conversation.  Let me illustrate.

A study was done with baby monkeys whose mothers had abandoned them.  They were given wire frame “mothers” with baby bottles for breasts.

The babies nursed and grew as a result; however, since there were no hugs, no cuddling or preening by their mothers, the researchers found various emotional receptors in the babies’ limbic brain were greatly reduced in number and even distorted.

Think about this! An emotional experience actually caused physical changes in the monkeys.

The good news is that the researchers also found this deformation could be completely reversed by then placing the babies with attentive adult females who hugged, preened, and generally nurtured them.

Studies such as this raise the prospect of intervention in the chronic pain of fibromyalgia.  In fact, I believe my recovery protocol has been successful primarily because of this.  Really, we should not be surprised by this; the Lamaze Childbirth Method is a perfect example of how we can control our own pain without any external input other than training!

Dr. Selfridge, the author of “Freedom from Fibromyalgia” makes the case that the repressed (stored) emotions of anger or rage or grief can initiate the chronic pain of fibromyalgia.

But thankfully, alternative therapies such as meditation, visualization, self-talk, and journaling, etc. can effectively reduce or eliminate the pain of fibro by reversing these stored traumas in our mind body similar to the baby monkeys.

When this is coupled with an exercise program designed by a Personal Trainer such as myself who also suffers with severe fibro; a non-allergen diet; and supplements to support general health, a great improvement occurs in coping with fibromyalgia.

This is my recovery protocol which is discussed throughout this website.

Note: If you are reading this because of following a link from the Coping With Fibromyalgia
page, click here to return: meditation