Have you ever considered how trauma or memory in your parents or grandparents could affect you? What if you are living with a chronic illness and trauma is one piece of your mind-body component?  You often hear me say how everything we are exposed to and influenced by matters, but what about when we were young, and we didn't have a say in the matter?  We were "exposed" to things just by being born, just by being there.

Physicians that showed how traumas and emotions can actually change the physiology of our cells. It was shown that these changes could occur anywhere in our bodies, not just our brains.

And, many years later, thru stimulation, these past traumas and powerful emotions could be made to reoccur as though they were happening again. This of course leads to the conclusion that our body (skin, muscle, organs, etc.) is a memory bank of our interaction with our environment, including our relationships. 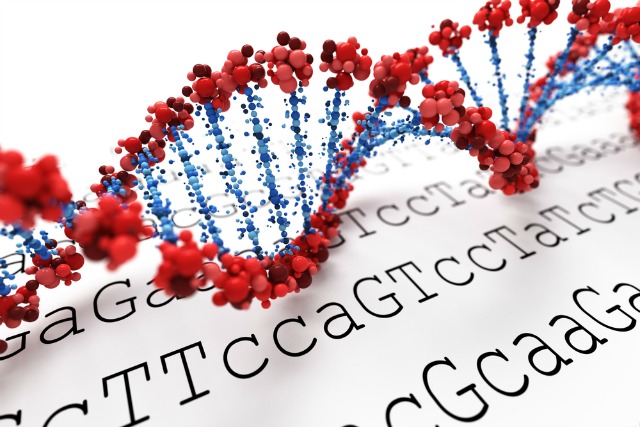 Epigenetics studies how certain molecules called “markers” affect how the DNA in our cells is read. The DNA in all of our cells is the same; the order in which the DNA components are read determines the cell function or gene expression. We gather these markers during our lives in various locations in our bodies as we develop and interact with our environment.

An example of one function of these markers is to mask all irrelevant genes to allow a lung cell to be a lung cell and not a skin cell or liver cell for instance. This is a critical process that creates a perfectly operating cell; but, what if this process is corrupted! What if a "marker" shows up that changes the cell's job duties or corrupts the cell's receptors. This could have very serious consequences.

Okay, so what’s this about epigenetic inheritance? Well it is very similar to the above description; however, instead of physical changes caused by our own experiences, they are caused through inheritance from our parents (and maybe other generations).

In a study published in the online journal “Nature Neuroscience” two Emory University researchers shed a bright light on epigenetic inheritance. Their research involved introducing the smell of cherry blossoms to a test group of male mice and accompanying the smell with a mild electric shock to the mice’s feet.

After three days, the test group was observed to fear the smell. Later these mice reproduced. After reaching adulthood, the offspring also showed a fear of the cherry blossom scent despite never having encountered it previously.

The bottom line is this study demonstrated that traumas to one generation can be passed on to future generations……epigenetic inheritance!

Just as remarkable, perhaps, is that the offspring mice were found to have actual physical changes:

• larger area in their brain to process this scent

The researcher on this study theorized that since cocaine is a toxin, the fathers passed down information to their offspring to help them survive by avoiding the toxin, a sort of allergy to the toxin.

Other studies of humans suggest that major traumas such as the Holocaust and the Sept. 11, 2001 terrorist attack have impacted the children and grandchildren born afterwards.

Much more work needs to be done to draw firm, science-based conclusions; but, if you asked me what my thoughts are on this whole subject, I’d respond as follows:

The whole idea that physical or emotional traumas, experienced by our ancestors, can cause real physical changes to cells in our body seems almost magic.  But, I know that science supports this conclusion.  The question is how these changes manifest themselves in us.

Take the example above of the rats that ingested cocaine.  These fathers passed on an epigenetic “marker” to their offspring that caused those offspring to avoid cocaine.  I said it was a kind of “allergy” to cocaine.

It just as well could have been a different “toxin”, say “tree pollen”, or “laundry detergent”, or “perfume” for example. Is it possible that I suffer from Multiple Chemical Sensitivity (MCS) because my Mother or Grandmother passed on an epigenetic marker to me?

Or, did my exposure to mercury amalgam fillings and later paint fumes, when at 9-years of age my parents remodeled our home, generate a “marker” that changed the way my DNA is read by my body and damaged my cells. What I know for sure is that I developed chronic migraine headaches and unless it’s low VOX paint, those same fumes have the same result today.

As we stated in the first paragraph, it is now a proven fact that a traumatic interface to the environment and/or in our relationships with people can cause those traumas to actually change the way cells in some part of our body do their job. If that happens to be brain cells that produce Serotonin or one of the more than 100 other chemical messengers, large physical or emotional changes could result.

I can see (or speculate) a more direct link to MCS (an immune dysfunction) than I can to fibromyalgia which is a very complex disease; but I do see at least one link: as I showed on the Mindbody Science page, these traumas I spoke of do get stored all over the body in muscles, tendons, bones, organs, and the brain.

Science has demonstrated these traumas can be re-stimulated at any time throughout our lives and affect us just as much as the original one did.  This could be one fibromyalgia link; however, we'll just have to wait for further progress to know for sure. This is my own speculation; I've seen no scientific evidence along these lines.

All is not lost however; don’t forget that I also quoted a study (the baby monkeys) on the Mindbody Science page that found a way to reverse those physical changes. That’s why the Mind Body Connection page and its subpages are so important and point the way to correcting the damage to the cells or our emotional state. You need to use the tools outlined on those various pages; they are powerful if used consistently.