Paresthesia and Fibromyalgia -
What's the Connection? 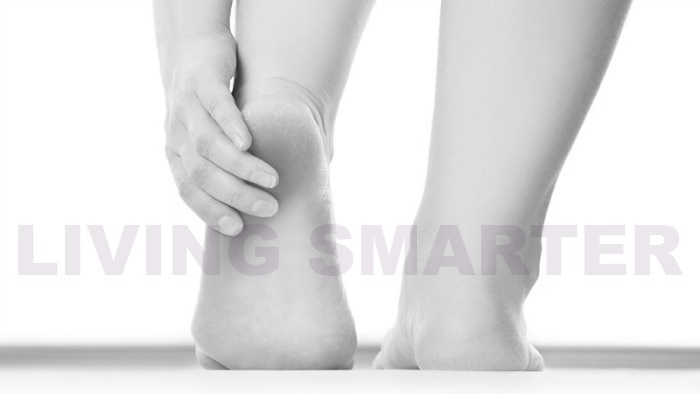 If you’ve ever sat with a leg tucked underneath your body or fallen asleep with one arm at an odd angle, there’s a good chance that you’ve experienced paresthesia. This is the medical term for the pins-and-needles feeling that occurs when pressure is applied to a nerve for a long period of time. It can also feel like numbness, itching, burning or crawling across the skin.

For most people, paresthesia is an occasional discomfort that is quickly relieved by removing the pressure from the nerve. This is what you do naturally when you shake an arm or leg out of its sleep. When paresthesia occurs repeatedly or without an obvious application of pressure to a nerve, there is typically an underlying condition causing the issue. One potential underlying cause is fibromyalgia.

When researchers from Massachusetts General Hospital tested 27 fibromyalgia patients for nerve damage and compared them against 30 healthy adults, they found that damage to nerve endings was more prevalent in the fibromyalgia group. This small study was published in the journal PAIN in 2013 and recommended ongoing research into the neurological impairments of fibromyalgia patients.

This research is significant because fibromyalgia is connected to and as I often say, it tends to “interplay” with our central nervous system. The fact that many of us with fibromyalgia also have neurological dysfunction could hint to other potential causes and treatments for the disorder.

There have been other studies that have found symptoms mimicking neurological disorders in fibromyalgia patients. One study was published in 1988 in the Journal Rheumatology. Of 161 fibromyalgia patients studied, more than 80 percent had experienced tingling or numbness. What’s even more noteworthy is the fact that most of the participants with symptoms of paresthesia had no diagnosis for a known neurological disorder that would cause those symptoms. Some even had normal electromyograms, which is a test typically used to diagnose neurological conditions.

Further research is needed to understand the connection between nerve damage and fibromyalgia on a deeper level, but it’s clear that tingling and numbness are common in fibromyalgia patients. The question is whether treatments commonly reserved for patients with neurological disorders will help some fibromyalgia patients, since the cause of fibro paresthesia is potentially different.

How to Treat Chronic Paresthesia

Paresthesia is typically relieved by treating the condition causing the discomfort. This is often a herniated disc, spinal column mass, vitamin deficiency, stroke, liver or kidney disease, and many other conditions known to cause neuropathy or nerve damage. The problem is that not all fibromyalgia patients with chronic paresthesia will have or be aware of another underlying condition causing the problem. Like most symptoms of fibromyalgia, we can treat surface symptoms the best we can, but as always we need to keep working on underlying issues and root causes.

Natural or prescription anti-inflammatories are sometimes used to help relieve mild symptoms, but low-dose antidepressants may help with more severe symptoms for some patients. It may also help to ensure that your diet includes enough B vitamins and that you aren’t suffering from other nutritional deficiencies. Acupuncture and massage are also considered effective alternatives, and you can read more here at Natural Rxs for Fibromyalgia.

You can also follow on the Fibro Fit People page where I show many simple exercises that can be effective for blood flow, nerve pain, and lymphatic flow, because a lot of these systems do work together.

In the mind/body category of the website, we focus on the fact that fibromyalgia IS NOT all in your head, but it can and does affect the mind, the brain, the inability to think clearly, or to stay positive and motivated. The point I most often work to get across is that it's not just about "thinking positive" or even just repeating affirmations. No, it is so much more. The mind body exercises we refer to will help to bring a more "automatic conditioning" to how we think, act, and react to the world around us.

Believe me when I say that working on the mind body part, despite the reality of physical symptoms, is an ongoing process. It can be done, and we are delving even more into some specific teachings over the next year that I have been developing and adding to what I already implement in terms of mind body conditioning.

Paresthesia impacts nerves in specific areas of the body, and fibromyalgia often centralizes within the different parts of the nervous system. It may seem unlikely that either condition would affect personality traits, but one small study published in the July 2018 issue of the International Journal of Rheumatic Diseases found some evidence that a connection does exist between personality, fibromyalgia and paresthesia.

This is one small study that hints to qualities  and traits that may come with paresthesia and fibromyalgia. And, we all can have a little of all of those traits in us, don't you think?

If you have fibromyalgia and you’re routinely bothered by signs of paresthesia, talk to a medical professional about screening for other underlying causes. In the absence of neurological disorder or trauma, you can try alternative and over-the-counter medications that may also help improve other symptoms of fibromyalgia.
Lisa. CT PT